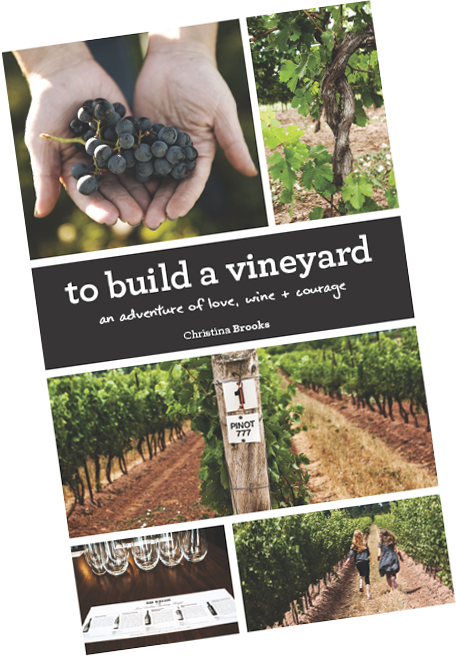 Christina is so thrilled to have her first book published “To Build a Vineyard” which tells the story of how we made our dream of owning a vineyard come true.

A chance encounter with a small winery owner was all that it took to set Christina and Andrew Brooks on a quest that would take ten years, see them travel across the world and back to Canada and push them to their limits as they worked to build a vineyard of their own. Despite limited funds – and even more limited knowledge of farming and agriculture, the two determined twenty-somethings took the big leap and bought a “diamond in the rough,” a faded grand dame of a house and a derelict farm, smack in the middle of Niagara wine country. To Build A Vineyard is the story of the decade Christina and Andrew spent battling fire, goats, debt and doubt in order to build their vineyard and live their dream. It’s a fascinating, funny and moving read that reveals the relentlessly rocky, but ultimately rewarding road that eventually lead to the creation of one of Canada’s most exciting small-batch wineries, the award-winning Back 10 Cellars in Beamsville.

Thanks for shopping with Back 10 Cellars

Thanks for adding an item to your cart, if you are ready to checkout click here otherwise you can view your cart in the top right of the menu.

Small lot Wines delivered from
our vineyard to your door.